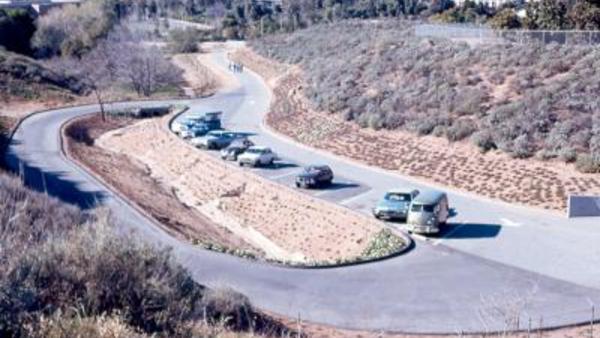 The official founding date of the UCR Botanic Gardens is 1963, although the idea for a botanic garden at UC Riverside originated in 1954 with Dr. Victor Goodman, a botanist from Missouri, who was unfamiliar with western plants that were used in teaching. Botanist Dr. Frank Vasek was hired in 1954 and appointed to spearhead the establishment of a garden. In 1962, funds were allocated to develop what was then called the "Life Sciences Experimental Area."

In 1957, 37 acres of land was allocated for the garden and in 1962 Dr. Vasek became the first director, overseeing the first plantings in 1963 and continuing as director until 1967. Dennis Kucera was hired as the first manager to begin development and maintenance of the new garden. From 1967 to 1973, Dr. George Gillett served as director and the "Life Sciences Experimental Area" became the UCR Botanic Gardens. During Dr. Gillette's directorship, another employee was hired, the main driveway was built, and several bridges, the pond, and garage office were constructed.

From 1973 to 1981 Dr. Louis Erickson served as director and oversaw the construction of the entrance gatehouse and restrooms, conference room and greenhouse. He encouraged community involvement in the Gardens by installing specialty plantings. The nearly 3-acre Subtropical Fruit Orchard was added during that period, bringing the total Gardens acreage to 40. Under Dr. Erickson the Friends of the UCRBG was established in 1980 as an official UCR Support Group and membership in the Friends continues today to provide vital support for the development of the Gardens. Dr. Giles Waines became the director in 1981 and served for 35 years, during which time he expanded the collection and specialty plantings and worked to build endowments to help fund the Gardens in perpetuity. In 2016 Dr. Jodie Holt became the 5th director of the UCR Botanic Gardens, and is focusing on expanding the collection and gardens and strengthening outreach to the UCR campus and surrounding community.

Let us help you with your search